Samples travel from a continuously stirred sample cup to a flow cell where they are surrounded by a sheath solution which hydrodynamically focuses them into the center of the stream for interrogation by up to four lasers.  By default, all fluid exiting the flow channel is diverted by an air stream to a ‘waste/recovery container’ unless a ‘sort’ signal is produced.  In that case the air diverter is briefly turned off to generate a droplet of fluid containing the sortable object which then falls directly below the exit nozzle.

The COPAS and BioSorter platforms are based on the basic principles of flow cytometry, however, they differ from traditional flow cytometers in several important design areas: 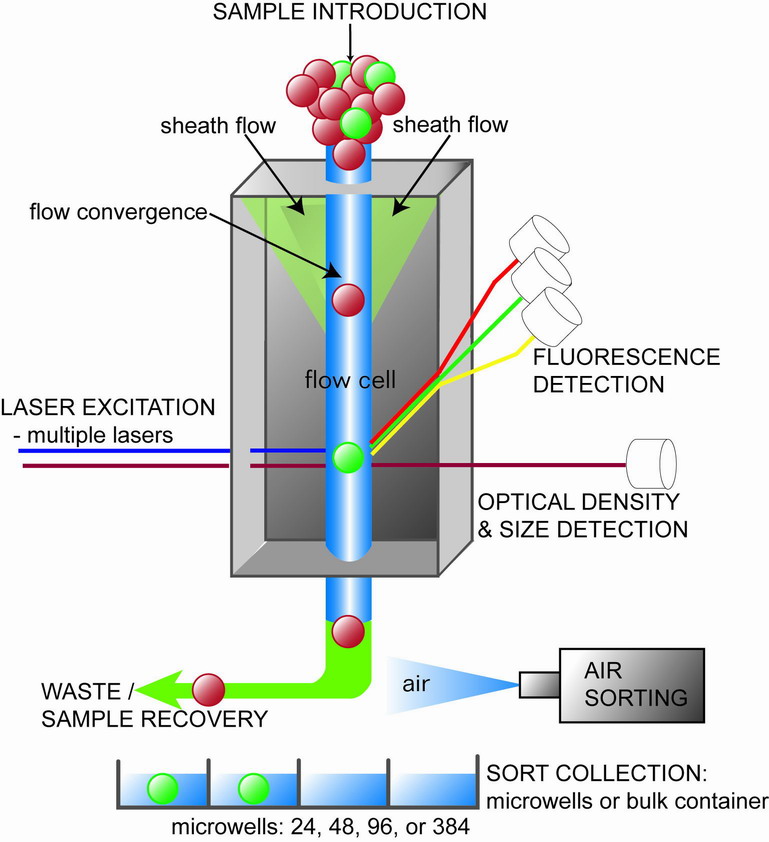 Diagram of the object flow path and COPAS/BioSorter sorting principle

Next: Choosing The Right Platform & Model »